I teach, therefore I am.

‘Miss? Is it true you’re a feminist?’

Sexism and education is something I have thought about a lot over the years, yet I have avoided speaking or writing publicly about it in length before now.¹ It was a moment last term which was the tipping point to persuade me that this had to change. We were taking part in the BBC Schools Report project and whilst some pupils were racing around London as roving reporters, another team of pupils were with me in the news base at school writing and editing articles. One pupil decided to write an article about sexism and was looking for some statistics about the gender gap. I leant her my copy of Sheryl Sandberg’s book ‘Lean In’ and we began a conversation about feminism. It came as a bit of a shock to me that the group of pupils (all female) commented that whilst they were against sexism they wouldn’t identify as feminist because ‘doesn’t that mean man-haters?’. I challenged this idea and explained that feminism means fighting for equality, not being against men. It distressed me that, aged 12, they had already picked up on such a hostile interpretation of feminism. About an hour later I was surrounded in the corridor by a group of returning roving reporters who in hushed tones demanded ‘Miss? Is it true you’re a feminist?!’ ‘Yes.’ I replied. ‘And you have books on it and everything?’ They exclaimed, as if I’d been caught harbouring some anarchist treatises. 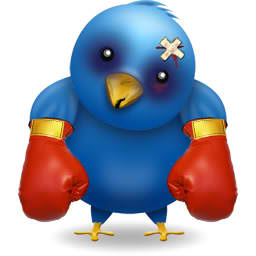 It was reflecting on this moment that reaffirmed that mentioning feminism and sexism does often provoke a violent reaction. You only have to look at Twitter to see how women who speak out are vilified – in my own experience out of the 2,726 tweets I’ve sent the only times I’ve been lambasted have been the three times when I have mentioned sexism. Reactions tend to be two-fold. One line I’ve come across is that ‘you shouldn’t care about sexism when there is also racism’. A somewhat perplexing argument, which implies that the two are in competition; like responding to someone trying to raise awareness to fight cancer by saying ‘how dare you, don’t you know how many people die of heart disease’. It suggests there is an allotment of caring or that the two are mutually exclusive. The second reaction that I’ve come across is one which denies the existence of sexism in the UK, suggesting you are ‘making a fuss’ or being overly ‘sensitive’ and should try living somewhere like Afghanistan. We talk a lot about high expectations in education: not challenging sexism because things aren’t as bad as Afghanistan seems to be a pretty low expectation to me!

Arguing these points can be both unpleasant and also exhausting – it is these hostile reactions that have stopped me speaking out in the past. However the discussion I had with my pupils reminded me of how important it is to get past this fear and to stand up on this issue.

It led me to look at two questions: ‘Where are we now?’ and ‘How do we change?’ and finally to consider the role education has in challenging the status quo and empowering our pupils to do the same.

Where Are We Now?

Ros McMullen recently wrote a brilliant post about the impact of sexism. A line that stuck with me was this: ‘Sexism is draining. It’s the cumulative effect that matters.’ You only have to look at media such as The Metro and the Daily Mail to see how the objectification of women is presented on a daily basis as the norm. Just take these two examples from the Metro:

These are laughable on their own but they represent an incessant everyday message about how women are viewed, which is presented as an acceptable part of our society. As my pupils arrive to school, tattered copy of the ‘Metro’ under their arms, I know they have already started the day with these messages unconsciously filtering into their minds. These messages directly impact our pupils, both male and female and direct how they behave towards people of the opposite sex. Teachers can also be victims of this – as a new teacher I was once subject to a horrible situation in a class where some boys were making comments of a sexual nature about me. I immediately reported it and the pupils involved were duly sanctioned; parents were called in and the pupils apologised. All of which was excruciatingly embarrassing for me but it felt as if it was being handled seriously. However at the end of the process the senior colleague dealing with it told me that whilst it was a horrible situation, I should remember that ‘boys will be boys’ and proceeded to regale me with stories of his schoolboy crush on a young female teacher. I imagine that this was meant to be reassuring, but it only served to make me think that I was overreacting. As the years have gone by, I have felt increasingly angry about how wrong this approach was, not only for the message it gave me but also because of the low expectations it had of the pupils. I hope for better for the young men in my care than thinking they are unable to get beyond gender stereotypes. Sadly this is just one example of the many incidents of sexism which I’ve experienced, witnessed or been told about in classrooms, staff rooms and beyond during my teaching career.

Of course these gender stereotypes are destructive for both sexes. A recent article in The Economist entitled ‘The Weaker Sex’ focused on the PISA and OECD report: The ABC of Gender Equality in Education which highlights how gender stereotypes can lead boys to underachieve because of succumbing to ‘a version of masculinity that ignores academic achievement’. An important problem to consider; however the article took a disconcerting approach:

‘Policymakers in many countries worry about the prospect of a growing underclass of ill-educated men. That should worry women, too: in the past they have typically married men in their own social group or above. If there are too few of those, many women will have to marry down or not at all.’

The fact that a paper such as The Economist defines the main problem being that a women will not be able to get married tells me we haven’t come very far in our expectations for women. What we also avoid by trying to get away from the idea of feminism is the fact it is still girls and women who are most likely to experience sexism whether it be objectification, the pay gap or representation in the top tiers of workplaces.

This is particularly evident in school leadership. Nicky Morgan recently spoke about the disparity between the number of women in teaching compared to the number of female headteachers: 75% of teachers are female (90% in primary schools) but only 66% of headteachers are female. I see this within schools and also at conferences and education events, where there is always a majority of male speakers. This impacts on education in so many ways – from the lack of voice for women through to the impression it must give to our pupils who will see leadership as a male arena.

How Do We Change?

Whilst the situation can feel disheartening, I think that as educators we are in a strong position to make changes. Here are some of my suggestions of how this can be done:

Empower pupils to challenge the status quo, to think about what they say and what they accept as norms.

We teach Ethics at my school, where pupils study philosophy and are taught to critique and debate current issues such as gender. Within other lessons, there is also opportunity to do this – in a recent lesson we were watching a clip from a film version of ‘Macbeth’. When Lady Macbeth came onto the screen, there was an immediate commentary about what she looked like. I took this as a chance to stop and question them as to why they felt the need to comment on the appearance of the only female actor. I realised on doing this, that there have been previous occasions in my teaching where I have just accepted these asides and thus unknowingly validated them. It’s important that pupils are challenged and consequently become able to challenge others.

One of my favourite and most successful teaching units was one where we compared ‘The Taming of the Shrew’ with Sylvia Plath’s poetry from ‘Ariel’. It was an all boys class and we studied the way in which women were represented. It was a great success – there were fantastic discussions and amazing results. The examination board commended us on the passion of the resulting controlled assessments and one mother told me afterwards that I had made her son love Shakespeare. I hope that it also made them that bit more aware about women in society, who can often be absent from the curriculum. Other subjects can also play a role in highlighting this, whether it be looking at examples of important female figures who perhaps have not been given as much prominence as their male contemporaries or discussing the absence of women in certain fields.

Stand up and speak

Finally I believe we have a responsibility to stand up and be counted, whether this be challenging sexism within our workplaces or making sure that women are represented within leadership and at education events and conferences. Women – myself included – are often much more reluctant and hesitant about speaking at events, often expressing concern about whether they know enough to speak or if they’re the best person for the job.  Recently whilst organising an event I have noticed that this creates a vicious circle: as an organiser you tend to approach speakers you have seen speak before or whose blogs you have read, and because more men speak at events and are more prolific bloggers, you find you have a longer list of men to approach. Equally the lack of confidence amongst women can mean they are less likely to accept invitations to speak even when approached. We all should be working to change this, whether by speaking up more ourselves or encouraging and supporting women to speak. Schools and school leaders also have a responsibility to ensure women are represented on leadership, this includes looking at providing pathways into leadership and building women’s confidence to apply for leadership roles. Importantly they also need to allow women to flourish in leadership, by supporting differing leadership styles and approaches and being aware of the dangers of gendered language such as ‘bossy’ or ’emotional’. The potential positive impact on both the teachers and pupils in those environments is worth the effort of confronting the issue of sexism and all its complexities.

For too long we have accepted prejudice and inequality as just the way things are. We need to stop being scared to fight for change.

This entry was posted on April 19, 2015 by ragazzainglese in Uncategorized and tagged Feminism, Leadership.